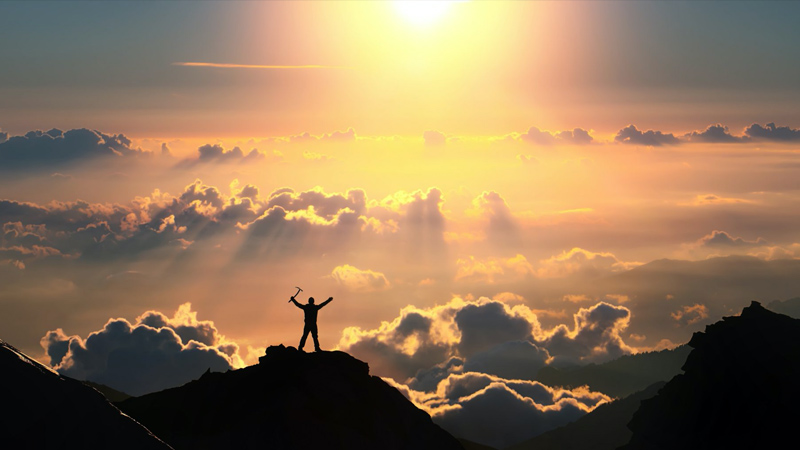 I learned persistence on the tennis court growing up.

I remember Jimmy Connors saying “The best thing I did out there was grind and fight”…and I was a grinder on the clay courts of Belgium. I’d already played my first 3-½ hour match by the age of 14.

I lost that match.

I don’t really remember the matches I won or lost 6-1 / 6-1. But I remember the joy and the pain of either winning or losing in a 3rd set tiebreak.

Sometimes I get asked by friends to recount the time I played that Dutch guy. In my mind, that was one of the greatest matches I ever played…not because I played well, but because I persevered…

I was 21 and my club was playing the final of nationals…we were competing to become Champions of Belgium.

The other team had paid 2 Dutchmen to come down from the Netherlands to play for them. And I was up against one of them.

It was clear from the warm-up that this guy was extremely good, and he knew it. His serves were whistling by me at over 120mph and it wasn’t until I was 3-1 down in the first set that I was able to return one of them.

And maybe it was the grey overcast day, and maybe I was self-conscious with my parents and the leaders of my club there watching me…but I’d come out very flat, low energy, playing badly and at this rate I was going to be back in the changing room VERY QUICKLY.

Now those are the moments when you’ve got to grit your teeth and hang in there and try and find a way to win. In my life, these are the times I can be proud of – and perhaps maybe for you too.

I lose the first set 6-3 and at the turnover the owner of the club comes over in a real nervous state, leans over to me and whispers: “Hey, we’re losing 3-1 overall in matches; you have to win for us to have a chance in doubles.”

I’m barely hanging on…I really haven’t challenged this guy all match and it’s 5-4 40-30 match point on his rocket serve. He comes to the net, I go out wide to hit a forehand…and in that moment I recognize the exact structure of his point setup. I’d lost every point like this all match.

In desperation I mix things up and I smack the ball as hard as I can at his stomach and he dumps the volley in the net. I can’t believe it. We go into a tiebreak. At 6-5 down match point, again, I start lobbing moon-balls over the net trying to break his rhythm and his game…I hate losing and I will try to win any which way I can. He gets impatient and hits it out and I end up winning the set 12-10 in the tiebreak.

At this point he tells his supporters so I can hear, “I can’t believe this guy won a set off me.”

In response I continue my slow deep moon balls pinning him to the back of the court for the first 3 games of the final set. There was no way I was going to lose now.

When I broke his serve for the first time in the match to go ahead 3-1…that’s when I had him by the…well you know what. He lost his cool and at 5-2 he quit and threw away the last game. He walked off and didn’t even shake my hand. Oh the sweet taste of victory!

In the end I did the exact opposite of my opponent: I never quit, I figured out a new match strategy and I stayed mentally strong.

Winston Churchill said: “I can sum up the success of my life in 7 words. Never give up. Never, never give up.”

I’m grateful Winston Churchill never gave up. Life would be very different for all of us. In which areas of your life are you on the cusp of giving up? Who do you need to bring around you to see your dreams fulfilled?

Starting with the #1 Key book is the best way to get your feet wet, and get expert strategies to help build a solid financial foundation.